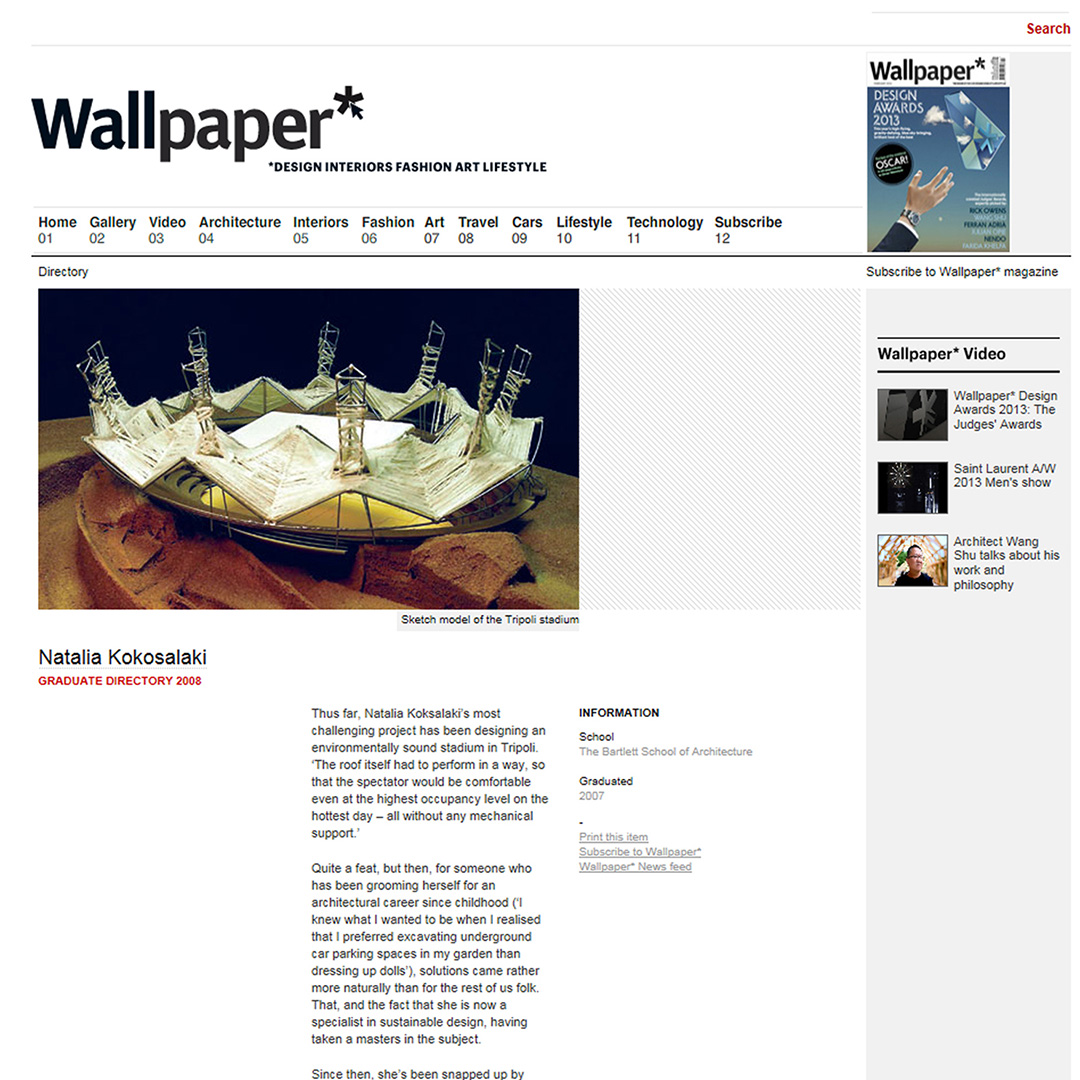 Thus far, Natalia Kokosalaki’s most challenging project has been designing an environmentally sound stadium in Tripoli. “The roof itself had to perform in a way, so that the spectator would be comfortable even at the highest occupancy level on the hottest day–all without any mechanical support.”

Quite a feat, but then, for someone who has been grooming herself for an architectural career since childhood (“I knew what I wanted to be when I realised that I preferred excavating underground car parking spaces in my garden than dressing up dolls”), solutions came rather more naturally than for the rest of us folk. That, and the fact that she is now a specialist in sustainable design, having taken a masters in the subject.

Since then, she’s been snapped up by Decarchitects, a young and promising Athens-based firm, and is working on living spaces both there and in London. Where does she find her inspiration? “If I say in this Cartesian world, would it sound very architectural?”