Interior design for a Men’s clothing store in downtown Athens, 2019 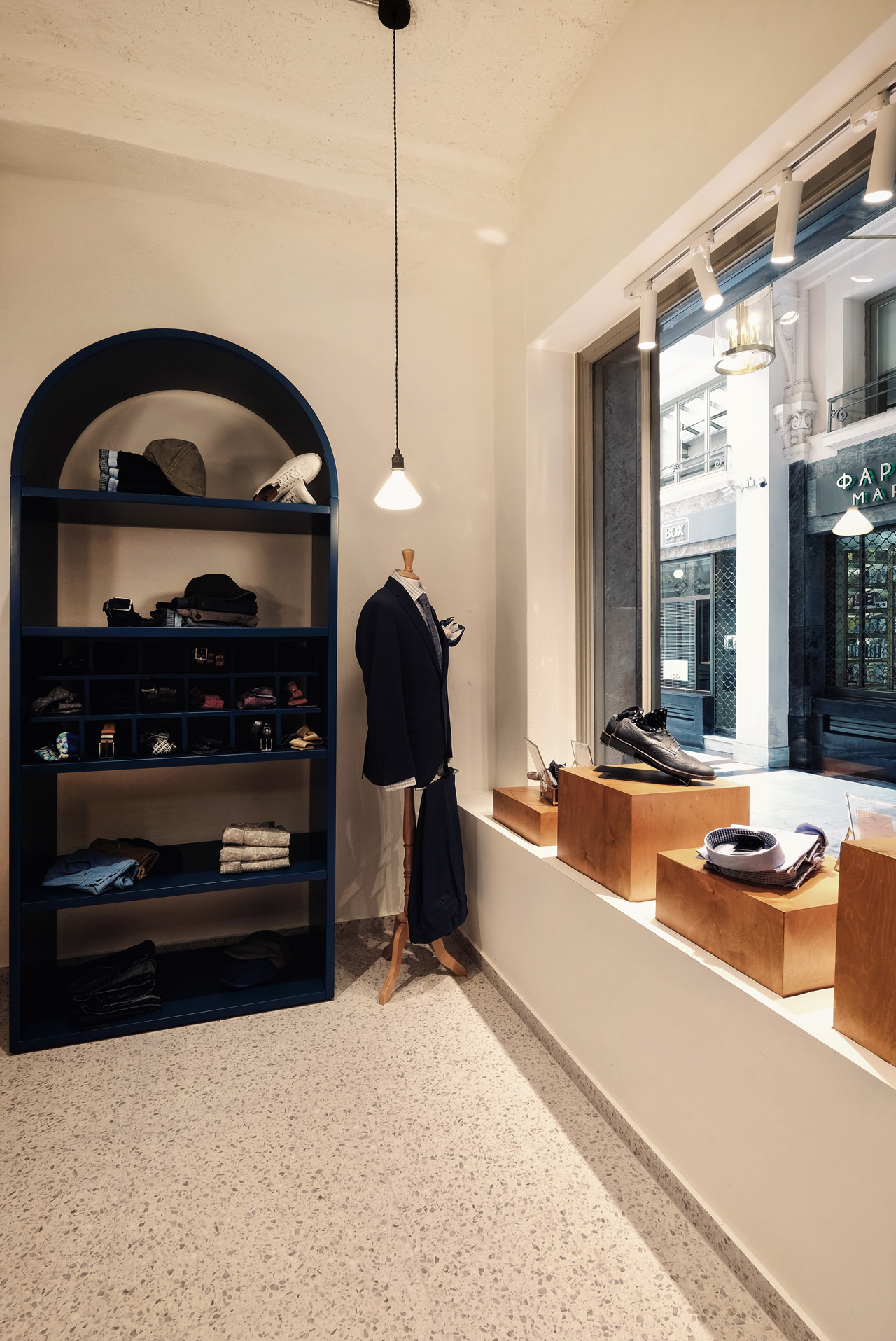 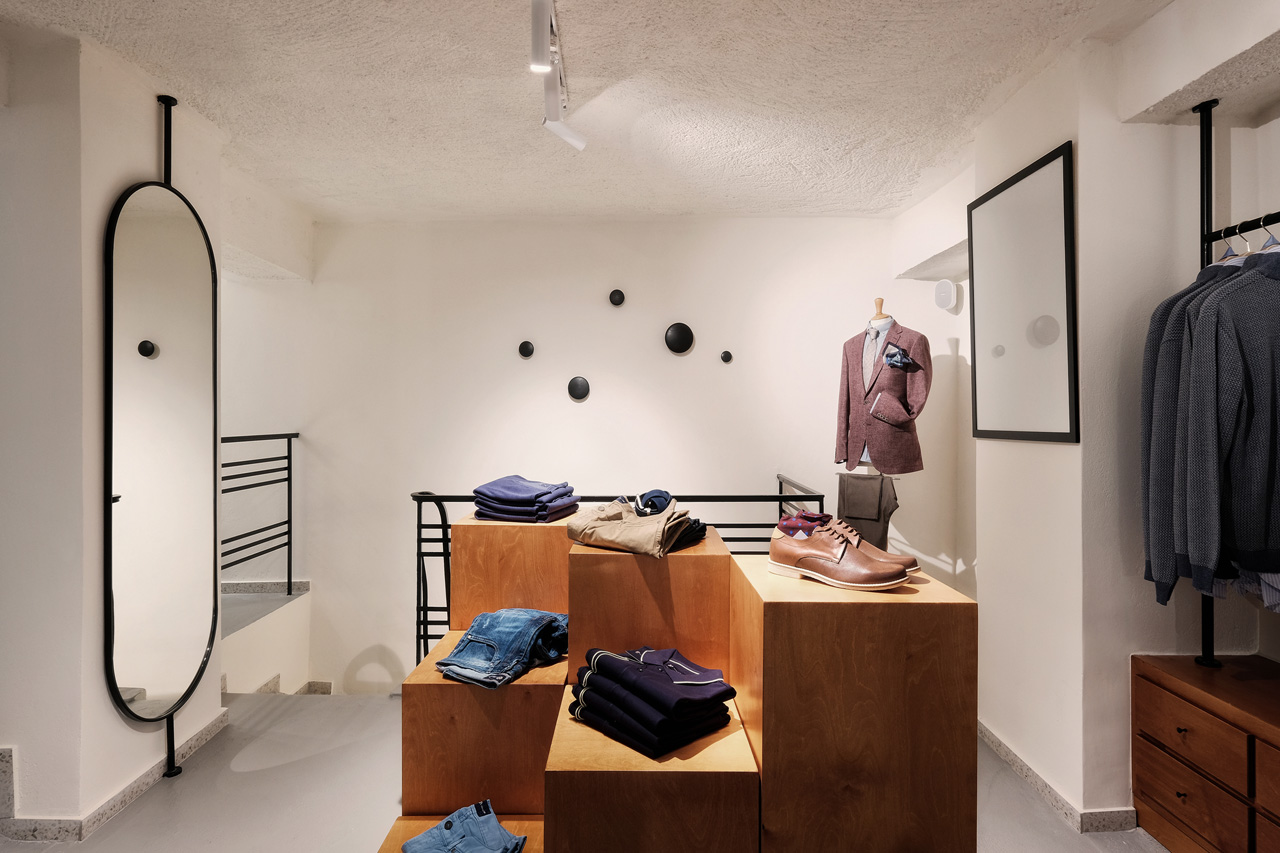 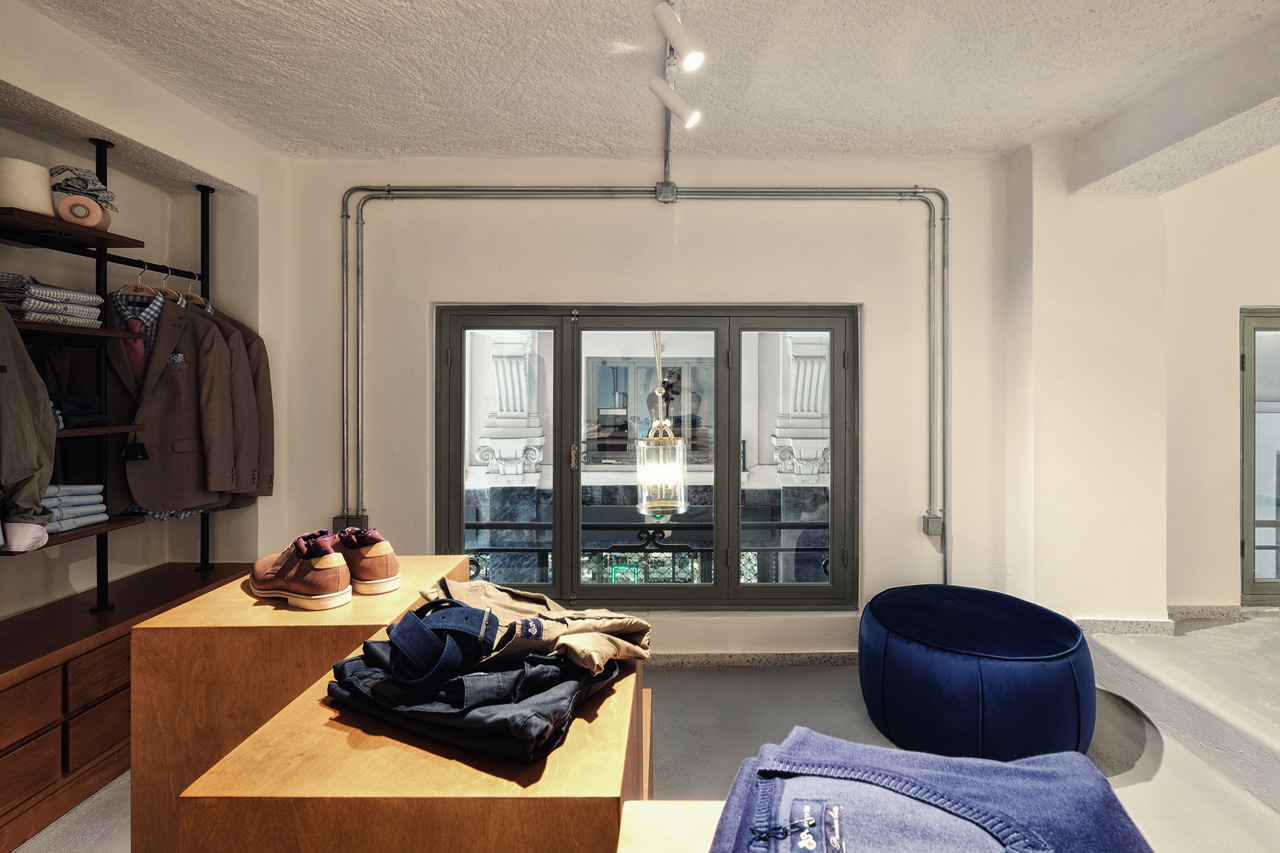 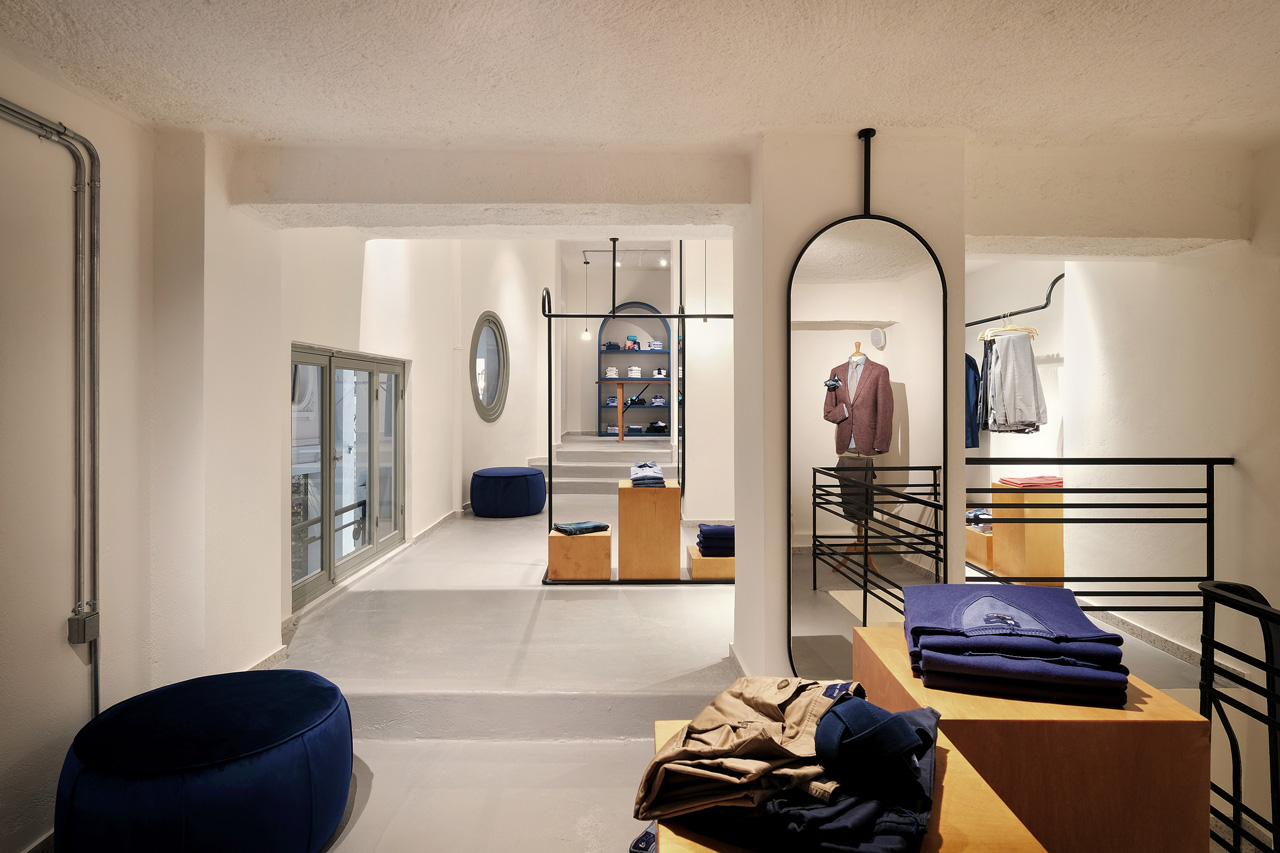 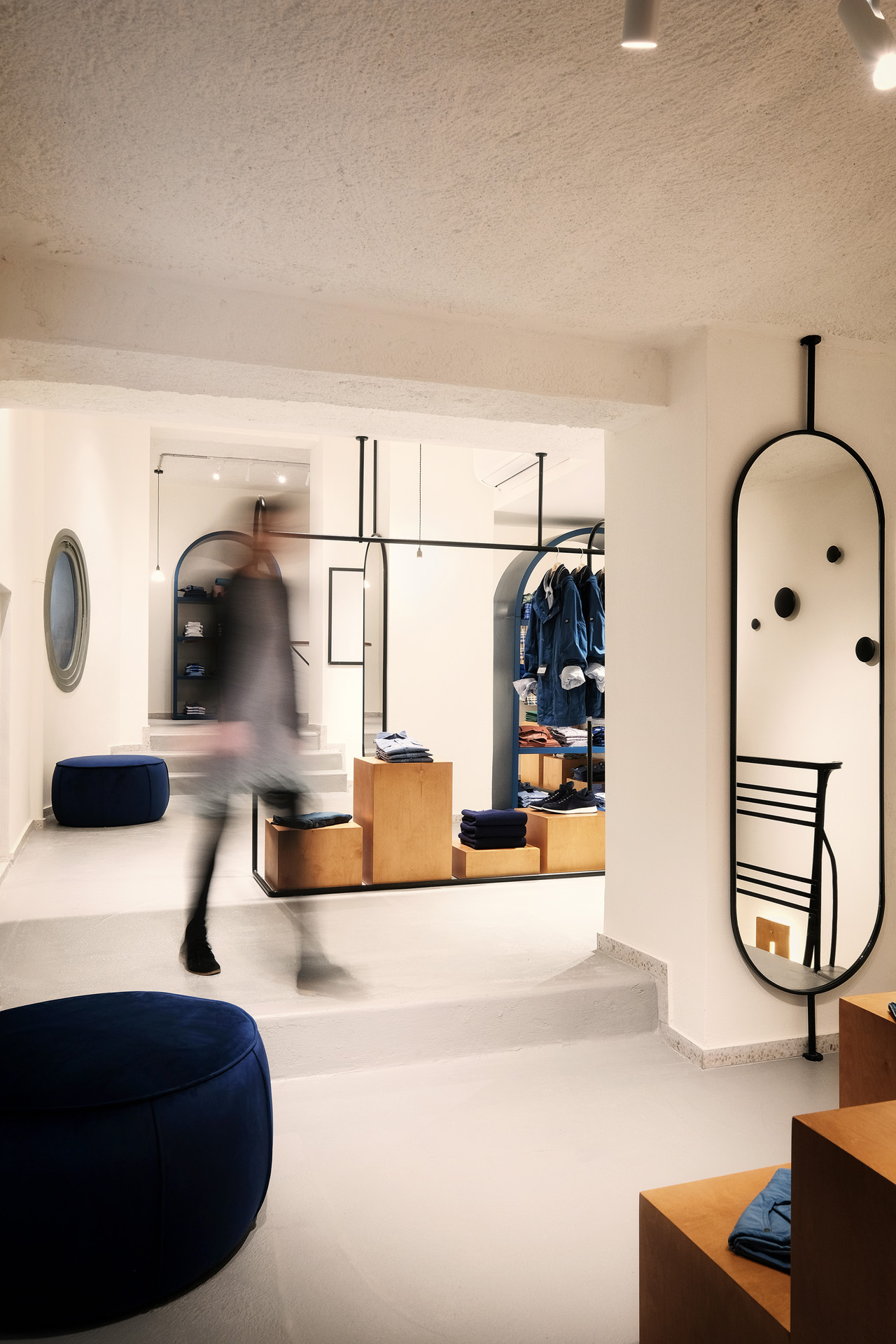 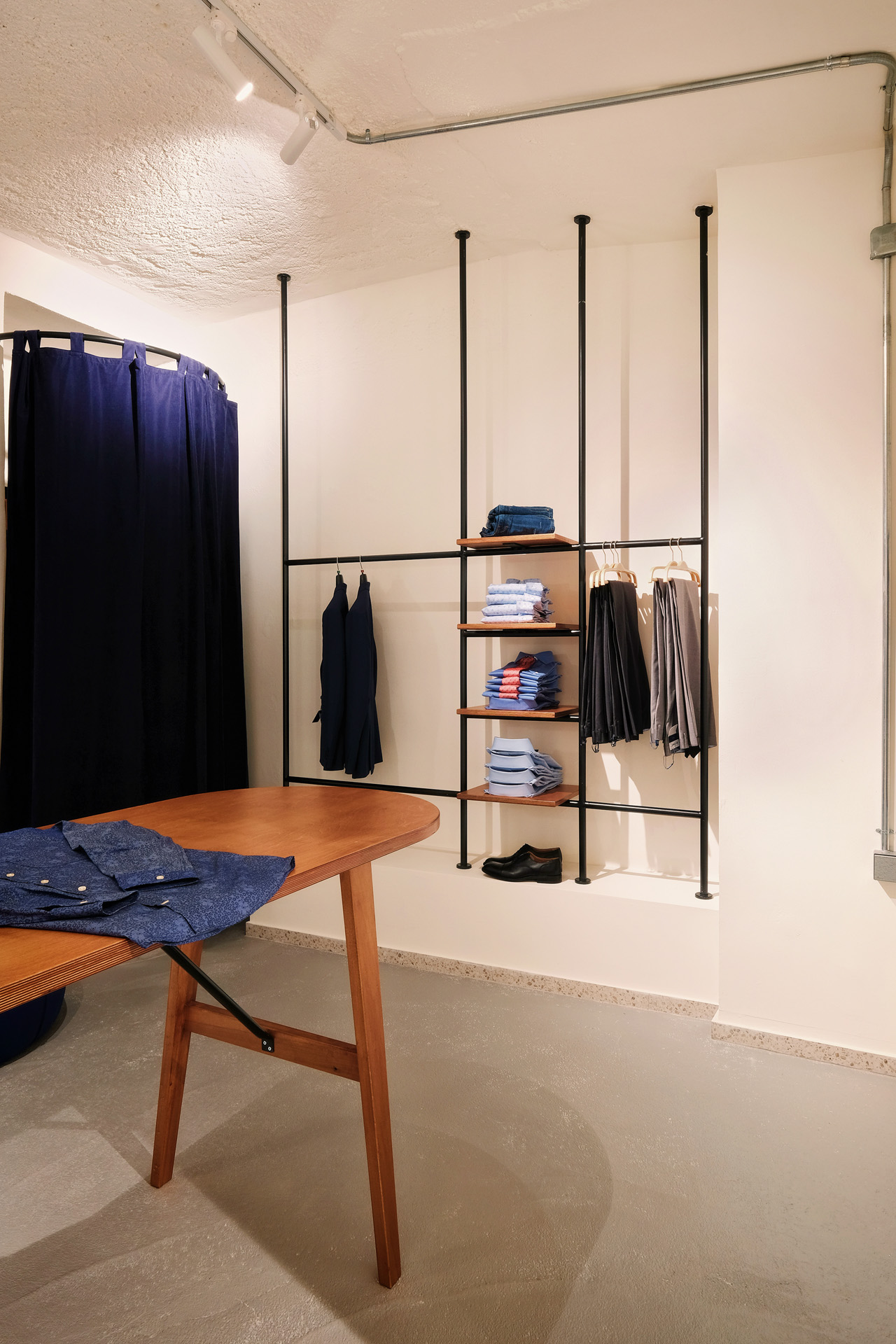 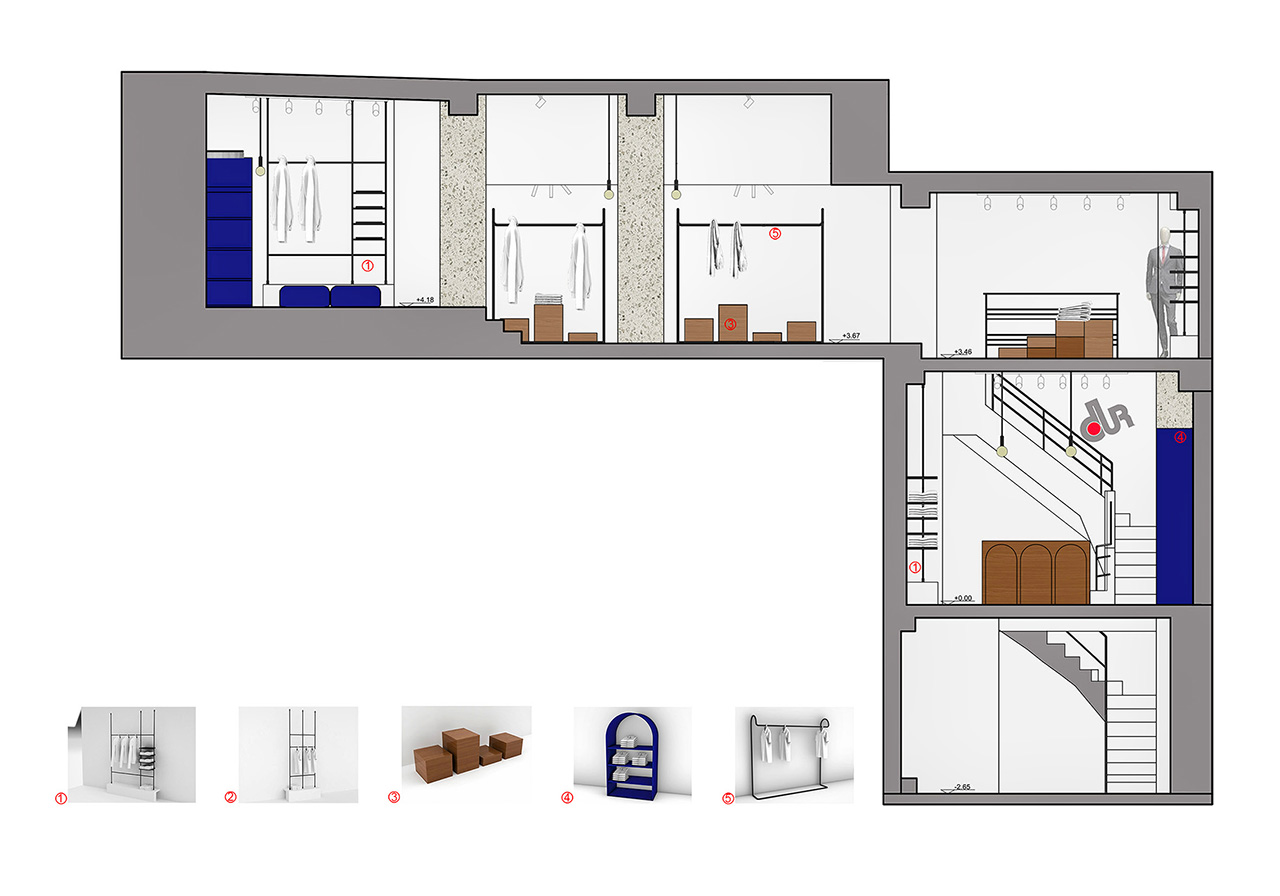 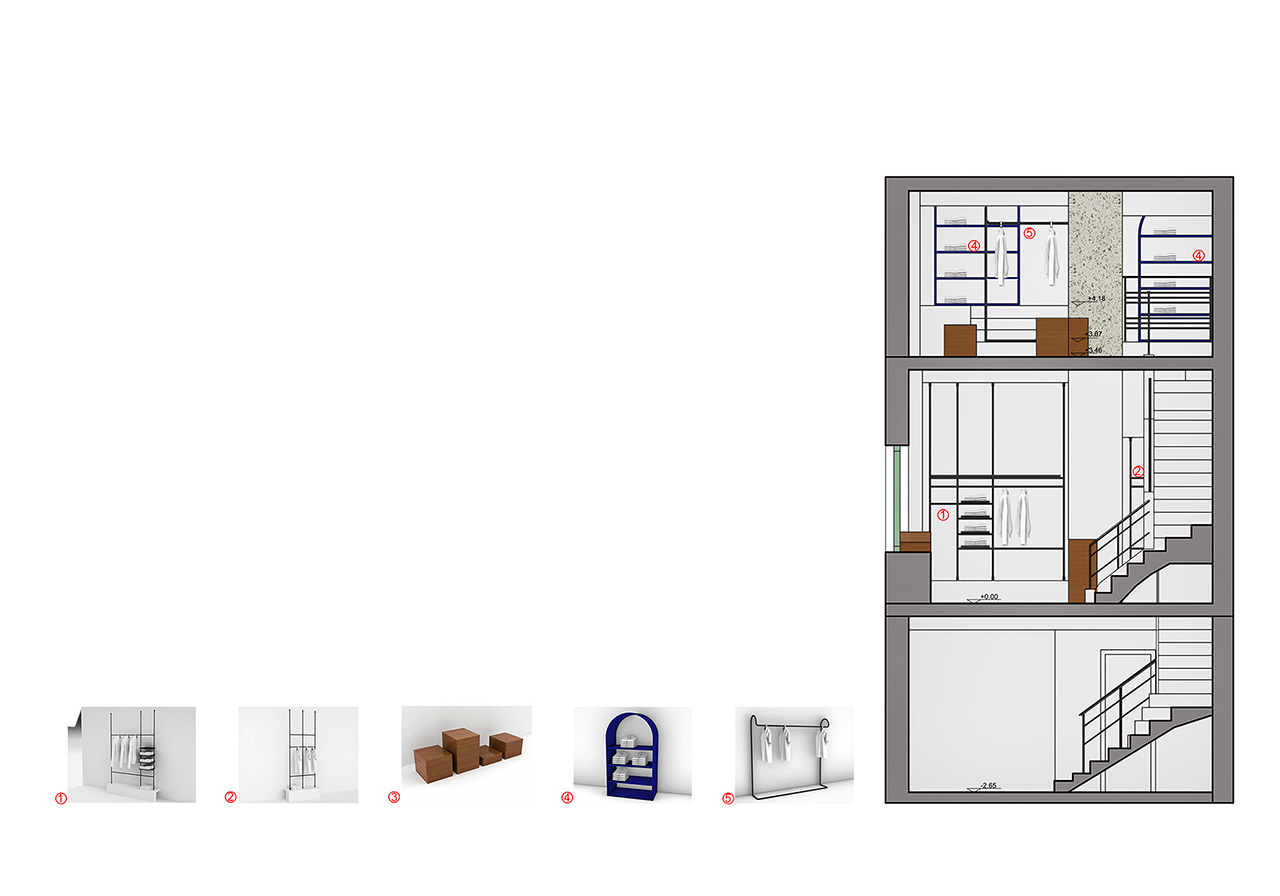 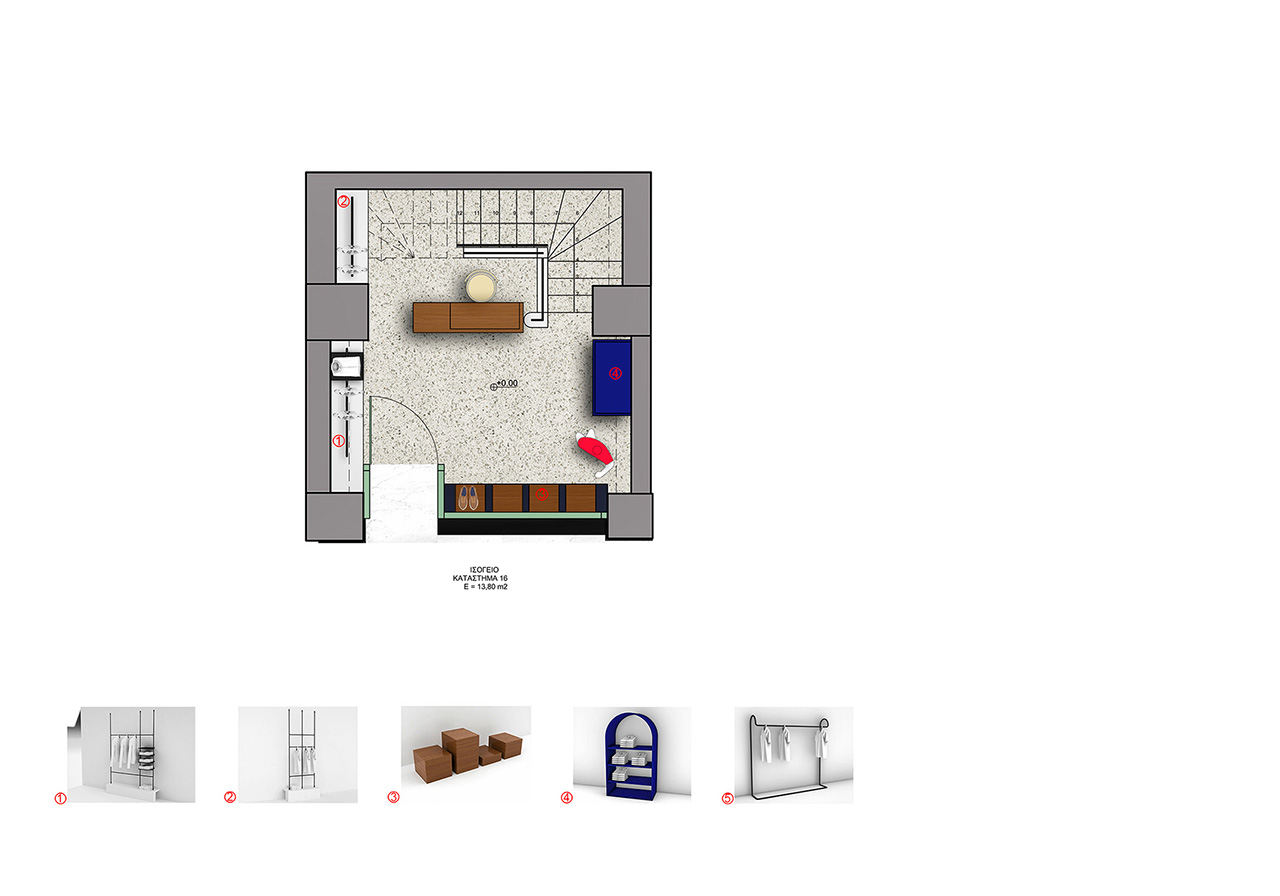 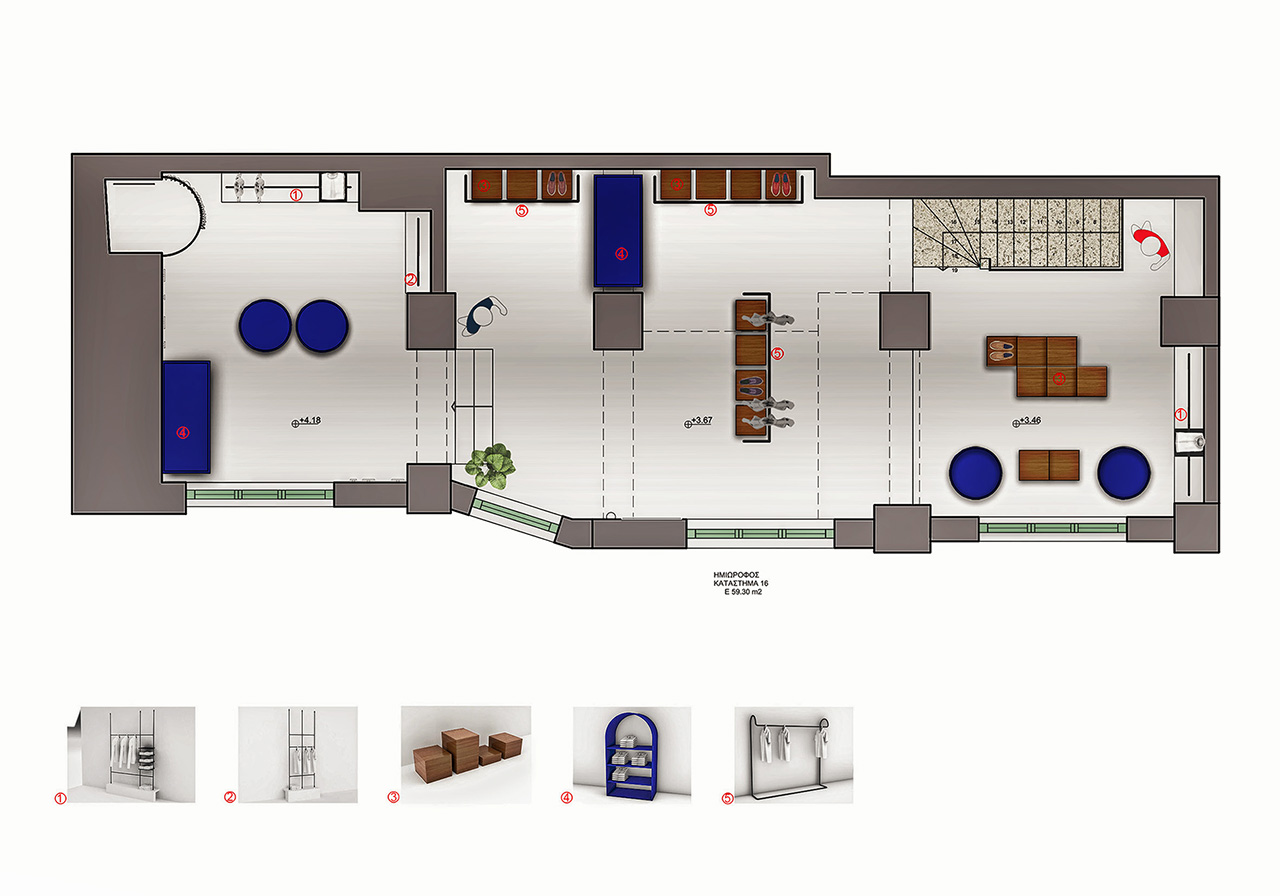 DUR was the first among the large clothing industries in Greece to differentiate itself by creating its own brand name in the early 1980s. Dur in Stoa, was an idea for a flagship store which would seize a new identity to differentiate from the other 25 DUR stores in Greece and abroad. Situated in the center of the city in a busy arcade, the space was a dark unit, extending on two levels. Ground floor is the smaller part where the entrance occupies most of façade’s width, but a very crucial zone that had to be worked out carefully and flooded with light in order to attract customers and lead them up the stairs to the upper open plan level.

Our aim was to retain the historical identity of the building, blending it with a contemporary, laid-back, industrial look. A custom-made desk with arches curved on vintage veneer wood is placed in the main space. Wooden cubic compositions for the placement of accessories are spread throughout the store. Two types of steel hangers were used for the clothing in combination while custom made arched mirrors and steel exposed pipes were carefully placed in order to add some flare to the otherwise bare walls and ceilings. Cabinets in intense blue, low blue velvet seats, terrazzo floor and decorative long spotlights bring some smoothness and playfulness.